We’re driving away from our last exploration.

Switzerland is damp and cool this April day, unseasonably grey for the spring Senior Day trip to Lucerne. Upon our arrival to this touristic hamlet on the shores of Lake Lucerne, I’d sent them off with a small walking map and instructions that included “walk across the cool wooden bridge” and “See the lion monument that Mark Twain liked so much.”

I may never be a tour guide, but instructions like these are all the Class of 2014 need to have a good time. I know that they will walk across the bridge, take pictures, find the inevitable Starbucks to warm their fingers while they wind their way through cobbled alleyways and past the ornate doors of whispering churches. I know, because we’ve done this many times before. My final instruction, at the bottom of the map, was “Explore, as you’ve done many times, reveling in the uniqueness of your European education.”

The “many times” is what strikes me about today, how at the end of this season with these high school seniors, we can refer back to similar exploration in half a dozen different countries, wandering together through the trenches of Eastern France, the crumbling steps of the Coloseum or the post-Soviet ruins of Romania. Our students don’t know what it means to hop into someone’s car and go to a movie after school. They don’t understand the rules of football (American football, they insist) and they’ve never been to a pep assembly. Instead, they do this, marking seasons in their education by bridges on the rivers Rhine, Danube, Tiber, Thames and Seine.

Today used to be called “Senior Transition Day,” until the word “transition” sent the students into a tailspin of malaise. Now it’s called just Senior Day, but the transition is still there, silent but important. We spent the morning both celebrating the uniqueness of their time here and talking about how to end it gracefully, as they move onward to new chapters, scattering to several continents six weeks from now. There were guest speakers, people who asked about college plans and reminded them that this is a time of change for everyone their age. True enough. 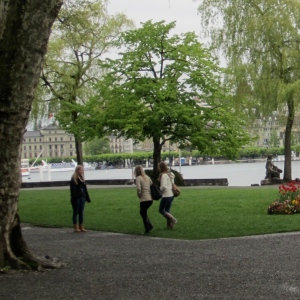 As we ride back through the fluorescent greens of Swiss spring, I think about their plans. It’s a season of planning, of permanently creased eyebrows that squint into the future, trying to weigh the options. College, Bible school, working, getting to know families and countries they left behind long ago. There are many plans, most of them feasible and worthy. So how to choose?

Their plans remind me of my plans at similar crossroads. I planned to go to a high school and a college based mostly on what I could afford. I planned–reluctantly–to become a teacher, imagining I wanted to teach literature to young people. I planned to teach in a school that didn’t thrill me, resigning myself to a job I didn’t expect to love to stay in a city that I did. Later, much later, I planned to come here, again expecting to teach English.

There’s a graphic floating around the Internet these days that makes me smile. It’s a cartoon showing the difference between our plans and God’s. On the left–Our Plan–is a stick man with a bicycle, looking up a steep but linear slope, ready to climb. The right–God’s Plan–shows a still-upward path, this one riddled with deep water hazards and tightrope crossings. God’s plan, it seems to say, is tricky.

I agree, but not in the way the cartoon seems to imply. My own version would show my plan as the door at the end of a long, straight hallway. I’ll go that way, I shrug. That’s why I picked this hallway, so I could go through that door at the end, into another room. God’s plan isn’t in a hallway at all–God opens a side door, revealing untold paths that I’d never have chosen, because I didn’t know they existed at all.

I planned to teach English to students, many the children of missionaries, in Germany. By God’s grace I’m here, but these years have been so much more than I planned. This bus fills with the echoes of prayers, laughter, confessions, and questions that I’ve shared with students here. This teacher has become a wife, a mentor, an advisor, an event planner, a discussion leader, a violist, a coach, a baker, and a friend. Outside the hallway, God’s plan is bigger.

And that’s what I’ll tell these seniors. The planless bite their fingernails, while the decided crash back into their plan like it’s the last choice they’ll ever make. Rest in Christ, I’ll tell them, not the plan. Walk ahead–carrying with you this green place, these busy years, these well-loved friends–trusting Christ and knowing that His real plan, the best plan, lies just out of sight, out of the hallway. 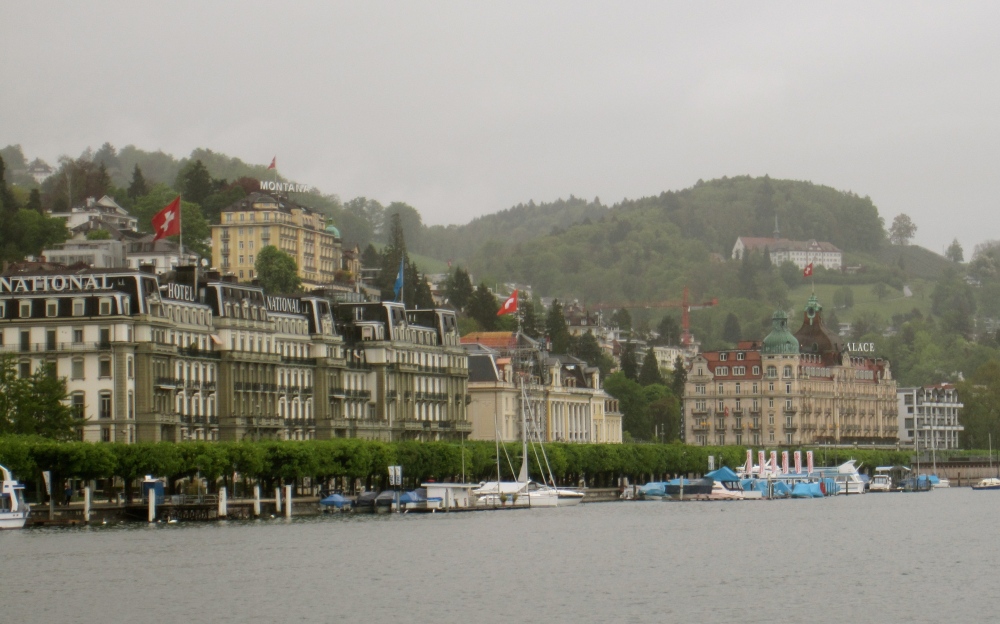