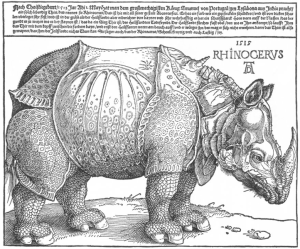 I’m seated at a table at the Ochsen, a guesthouse at the end of town, where I’ve just finished my first rehearsal with the Kanderner Frauenchor, or women’s choir.  I’ve been invited with the rest of the choir to the 70th birthday party of one of the other singers, so I find myself seated with a dozen middle-aged German women, trying late in the evening to follow the thread of conversation.  After a while I catch my name.

“Kristi, sie versteht alles, ja?” It’s only in German that anyone ever says this.  Kristi, she understands everything.  It’s a flattering assumption, and entirely a false one.  I don’t understand everything.  This evening has been a constant sprint to keep up with new routines and vocabulary.  I leave with new friends, new words, and a head full of another language.

Learning and speaking German, whether at the Frauenchor or at church or simply in the grocery store, has been one of the richer and more humbling aspects of this last year.  I am frequently vague or inaccurate in my speech, or unable to communicate my true feelings, personalities or experiences, even as it becomes easier to converse with new acquaintances.  This has been important for more than just the convenience of asking where I can find vanilla beans or contact solution in the grocery store.

This week, while reading Mark Twain’s Pudd’nhead Wilson, I assigned my English students to retell the story of Dürer’s Rhinoceros in a dialect.  Twain’s Southern dialects have proved challenging for many of my students, so I thought we would benefit from breaking down what it means to write out an accent with words.  Instantly, my international students selected varieties of accented English, from Irish to Korean, to write out on the page.

When they share their work a few days later, I realized how much more conscious of language are my students than many of their monocultural, North American counterparts.  One French student, fluent in English, reads his story in a thick French accent before returning to the open Korean homework on his desk.  A German student, studying Spanish, reads in the heavily accented English of a Turkish-German immigrant.  More than any other place, BFA is a place where virtually everyone is learning a new language.

For me, learning German is more than improving the ability to connect and communicate with the people around me; it is also a way to identify, ever so slightly with the challenges facing my students on a daily basis.  A great number of them are learning in their second language, and many of the native English speakers are experiencing school in English for the first time at BFA.  I remember this every time I bemoan the difficulty of conjugating a German verb properly.

I’m thankful we share English at BFA, thankful for the common language that joins us, but I’m just as thankful for the moments of confusion that remind me, again and again, just how much I respect the linguistic bravery of our multicultural students.  I don’t understand everything, in German or otherwise, but my adventures in language-learning are helping me to understand, little by little, the enormity of their challenges and victories in English class.