Though I stand by what I wrote in this post from two years ago, “What Mary Knew,” it’s not the whole story. Read that, if you haven’t, then come back here to the follow-up, as I explore one of my least favorite Christmas songs, about one of my favorite women ever. 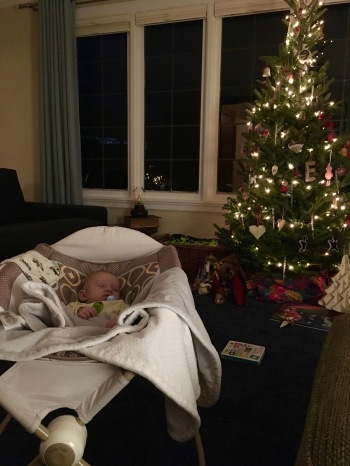 And His father and mother were amazed at the things which were being said about Him. And Simeon blessed them and said to Mary His mother, “Behold, this Child is appointed for the fall and rise of many in Israel, and for a sign to be opposed— and a sword will pierce even your own soul—to the end that thoughts from many hearts may be revealed.”

I live in a musical bubble. Much like its more sinister cousin, the Political Bubble, my bubble means that my musical world is both friendly and small, full of songs and artists I like. I used to be more open-minded, to devote time and energy to listening to new music, but that’s not the season I’m in right now. Someday I’ll be hip again, maybe. (Or—let’s be honest—maybe not.)

This seems most relevant at Christmas, because I don’t listen to the radio anymore. So this year, my finely-tuned Pandora stations don’t bother me with Grandma and her encounter with a reindeer (because nothing screams “Christmas” like a Santa-themed fatality), Dominick the Donkey (just… what?), or why Christmas in the Northwest is better than anywhere else (because God wrapped it in green, obviously). And I haven’t had to listen to “Mary, Did You Know?” questioning a smart young woman about things she couldn’t possibly have known (e.g. specific miracles her unborn son would perform) and something she definitely did know, that her child was the Messiah and the Son of God.

Still, Christmas with a newborn draws every mother a bit closer to Mary, and this year I’m no exception. I’m struck, lately, with all of the other things that Mary didn’t know. At the end of the Christmas-focused second chapter of Luke, the temple’s resident Wise Old Man Simeon interrupts his joyful rhapsody at meeting the eight-day-old Messiah in the temple, turning to Mary to warn that “a sword will pierce even your own soul” (Luke 2:35).

What must Mary have thought that he meant? Certainly Mary, as much as any of the Jews at the time, may have expected a powerful, victorious version of the Messiah, the conqueror whose life would be marked by success and influence, rather than a curtailed ministry and gruesome, early death. It’s both a beautiful and a sobering view of Mary’s calling, as this young woman began to love and protect the infant Christ, later to watch as his redemptive work brought him not to fame and power, but to humility and sacrifice, a path to victory not over Israel’s oppressors, as many expected, but over death itself, the oppression of all humanity.

In a broader sense, though, Mary didn’t know ahead of time what none of us know: the aching joy and fear of looking into the trusting face of a tiny person who calls you “mother.” She didn’t know what it would mean to fall in love with this child, the Son of God, and then hold him loosely as he went about the business of redeeming humankind. Like Hannah, Mary knew from the beginning that this child was God’s, but how different it must have felt once he arrived.

With a tiny baby of my own, I’m struck this Christmas by how much we don’t know and cannot control about the lives of our children. Parenting is an endless dance between hope and fear, as we pour out love and trust God to keep us all as safe as we need to be. And I think of Mary, nativity-scene Mary with her new baby, full of the love and expectancy of those early days. Storing those moments her heart, treasured memories to take out on harder days ahead, days when she had to keep trusting that long-ago calling, to keep protecting and loving her child, God’s son. Let me be as brave and open-handed as Mary, trusting God with these children I love through the unknown days ahead.